Wow, 2015 is rockin' and rolling! It is already almost October! I can not believe it has been since April since I wrote! I get in these funks where I do not want to write any...or if I do want to write I never seem to have the time! 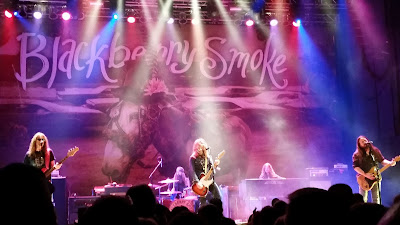 - We went and saw Blackberry Smoke at House of Blues. This is the 3rd time we have seen them and it is a rockin' concert. If you haven't heard them, the best I can do to compare them is like Lynyrd Skynyrd/Southern Rock sound.

- Comicpalooza
As always Comicpalooza is in May! It is one of my favorite times of the year! This year we got Summer Glau's autograph!! We got to meet her. I was super nervous and such a dork. I just said "hi!". She was very nice to everyone in our fan line. For those of you who do not know who that is, she is most famous for River from Firefly/Serenity, Sarah Connor from Terminator: The Sarah Connor Chronicles. 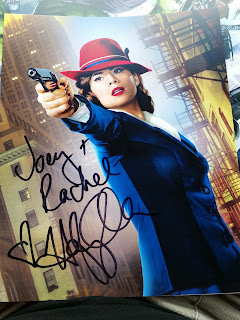 - We went to Hayley Atwell's panel and got her autograph! We knew her from "Pillars of the Earth". She was a very nice person and she had a great panel. She was inspiring to listen to. 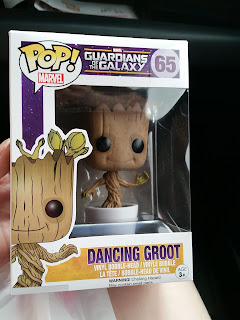 - Of course I couldn't leave without getting some loot! I've been wanting a baby dancing Groot (from Guardians of the Galaxy) and I finally found one! 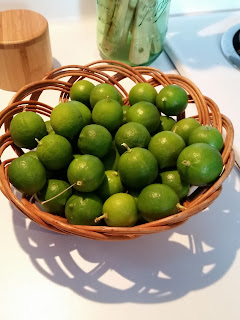 - Our key lime tree started going crazy this summer! I got at least 3 of the bowls full and there are still limes falling off of the trees, not getting used. I hate to see them get wasted, but I have no idea what to use them for! We do not like Key Lime Pie and it's hard to find non-dessert recipes for these. We used some on fajitas and that was yummy. 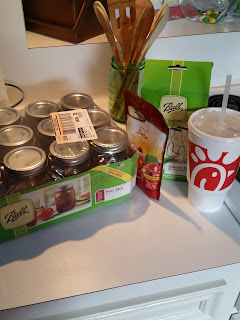 - I made salsa!! I have made 2 different batches now. I tried a stab at it back in June, while Joey was away for business. I made 2 jars the first time. Which was a little disheartening after all of that work with blanching the tomatoes and such. However, this past time I was faster and I was able to get 3 jars using store tomatoes (we didn't have any to pick).

For the first batch I used our tomatoes, our jalapenos, and our bell pepper.
It turned out delicious!! 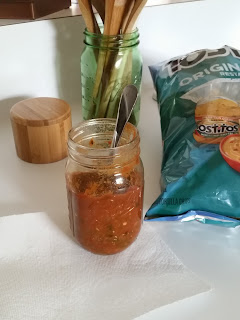 I also pickled some of our jalapenos we grew in the garden. They were so delicious! This past batch, I didn't have any jalapenos to use from our garden, but we went to the farmer's market so I bought some there and pickled them. I was able to get I think 4 jars from the bunch!

I absolutely love it that I can use what I planted to make food for our family!  How neat is that!?

-My Birthday
I turned 27 this year! It was one of the best "adult" birthdays I have had! I say that because after 21, birthdays aren't super big anymore. It's like "oh, happy birthday!" lol

However, this year was different!! Joey asked me this year what I wanted to do. I told him just hang out with our friends on my birthday, that would be enough. Well...he then came up with the idea to get Killen's BBQ.  Which is some of the best BBQ we have ever had! The wheels start turning and our cousin (on Joey's side) agrees to let us have it at his house and use his pool!

The morning of my birthday, Joey and I drive to Pearland and pick up our order and put it in an ice chest to keep it warm until evening. Then once we get home Joey said he wanted to go to his cousin's house to see if he needs any help. Turns out they went to Wal-mart and picked up all sorts of party things!

They put up streamers, had hats and even A MINION PINATA!! (I love the minions, but I wanted what was inside more....so I took him down!)

It was such an amazing birthday and even now I am so grateful for our friends coming and even bring things to my party. It was awesome!

-Joey's Birthday
Joey turned 30 this year! We went out to eat and then hung out with some friends for his birthday.
It is unreal how much I love that man! :)

We went early this year due to my new teacher orientation (I switched school districts). 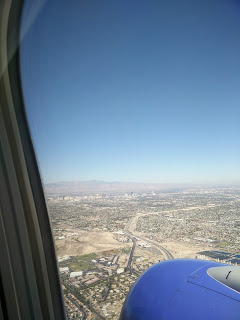 The view when you near Vegas.
Since we live in a totally different type of climate it is really neat to see the desert this high up. 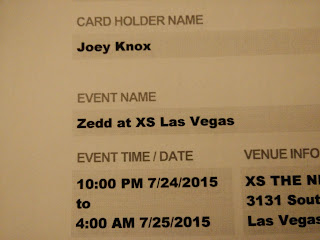 This was the most exciting part of our trip!!
Not only did we go to our first club, but we saw one of our favorite artists there!
Zedd
For those of you that have no idea who that is, he is a DJ that plays EDM style music.
EDM= electronic dance music
To some it may sound like random noises, but if you can find the beat and just enjoy it... that makes all of the difference!

We went to the club XS and danced the night away.
Basically an EDM type concert is a huge dance party!
It's so much fun!!


I will post more about Vegas really soon, since I have SO many more pictures to share. 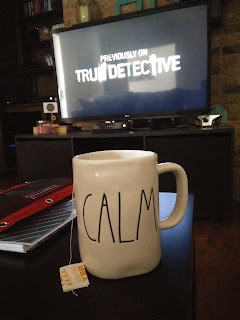 I got hooked on True Detective.
I think the first season is better, but it is hard to compare since the seasons are totally different story lines.
I just like the Criminal Minds/mystery aspect in the first season. 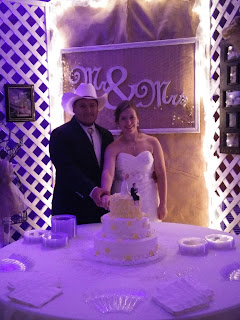 - My sister-in-law got married!
She was absolutely stunning!
I got misty eyed as I watched her walk down the aisle.
I've known her since she was in 2nd grade (when Joey and I first started dating).
Crazy how time passes!

School is now in session and I started working in my room early August, as soon as I could get in there. I teach little ones and so getting into a new-to-you space at a new school is a little crazy. I got in my room as soon as I could so I could set it up. It was basically that and going to trainings and school starting for the rest August. 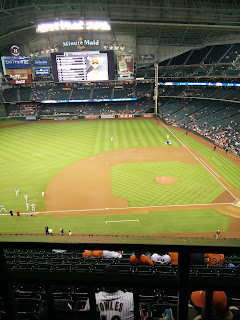 - We went to an Astros game! This actually happened this past Monday.
Joey one night asked if I wanted to go.
It was tickets, free hot dog, free soda, and free popcorn!
Heck yeah!

We haven't been to an Astros game in quite a while.
It was much more fun than I remembered!
Astos won their game against the Los Angeles Angels (6-3) 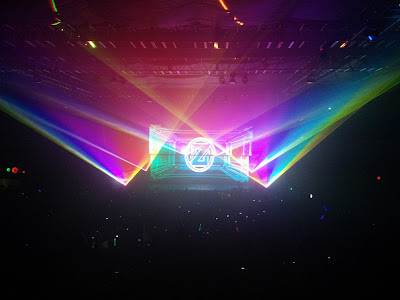 This was last night!
Zedd  came to Houston!!
As soon as we saw him in Vegas, we looked up to see if he was coming to our town.
Sure enough he was!!
Since last time we saw him, our feet were ready to give out by the time he came on (which was 1 am); we decided to get seat tickets.
Such a good decision!
This time there were 3 openers. However time went by so fast!
Once Zedd was on, I was on my feet dancing the entire show! 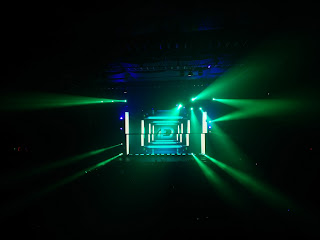 The visuals and lights at this show are phenomenal!
The most amazing part is, the lights and the visuals are all done live.
It is not pre-recorded.
Zedd does not like doing that because he wants to be able to change his set list at a whim if he wants to, based on the audience's mood. 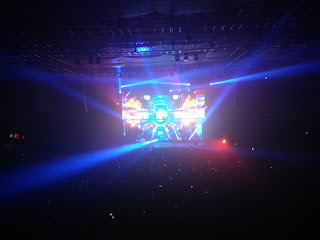 It feels so nice to finally sit down and write about everything!

Hope you have been doing well!

Posted by Rachel at 6:57 PM No comments: