How is it that it has been 2+ years that I've written! It seems as you age, the years seem to fly by. My grandparents said it, my parents have said it and now I'm at that age I guess.

My dad was 30 when my parents had me. I used to think 30 seemed older and you would feel like such an adult. Being there now, I do not feel any different. I have the full-time job, the house, the marriage but I still don't feel like I'm "adulting" yet. It's like when you were a freshman in high school, the seniors looked so mature and "grown-up". Then you become a senior and somehow that magical feeling mature is not there. I've come to terms that feeling may never happen. I'm okay with that though. Perhaps that keeps you feeling young.

God has been so good to us this year.

2017 was a year of trials. We were so incredibly blessed to be able to build a house starting 2016. It was completed in April 2017. 4 months later, we had a connection on our upstairs toilet malfunction and it caused water to shoot out of the wall connection. We were not home at the time, thankfully Joey is a great tech-guy and our thermostat alerted us of a humidity increase. We sent friends to check and they discovered the leak. All but 4 rooms were effected.

Then about a week after our house dried out, Harvey hit. We had to evacuate our house. We did not get back into our house until 4 days later. Thankfully, by the grace of God, our house was fine. No flooding from the Brazos. Sadly, many of our neighbors did.

God was so good to us with the internal flood. It was not our fault and the home warranty covered ALL of the repairs (including repairing all our flooring).

At work, I had the largest class size I've ever had in Life Skills. 12 students K-5th. It was very challenging and stressful.

Needless to say, we were totally okay with putting 2017 behind us.

This year started with snow and ice! Snow days were a great "natural" break off of work. We pretty much hibernated those days.


In March, my father-in-law and I built raised beds for this house! I've missed having a garden! The school year kept me pretty busy, however I still found time to garden.
(For future reference) I planted:
- 3 plants of cucumbers (none made, beautiful flowers, no fruit)
- 2 tomato plants (roma) they made well
- 3 jalapeno- they made until the first freeze in October or November
- 2 bell pepper- made small fruit but produced
- 2 squash- no fruit big enough to eat. Would flower and produce small fruit, then die
- 2 zucchini same as squash
In June I pulled up the dead squash and zucchini and planted poblano and a serrano  (for salsa). Those did great until the first freeze. 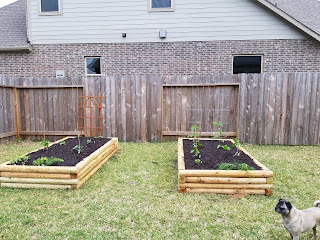 I made pepper jelly for the first time using my harvest. It was delicious, not spicy though.

From March- June I participated in a Beachbody program: 80 Day Obsession. It's an 80 Day program in which you exercise 6x a week and each workout is an hour long. My goal with this program was to prove to myself I can do hard things, that I could finish a challenging program. I also wanted to be as healthy as possible before I hit 30.  Something I loved by the end of this program was the confidence I gained as well as the strength! I lost 4 lbs and 5.5 inches overall (that wasn't really the goal, just a great side effect). 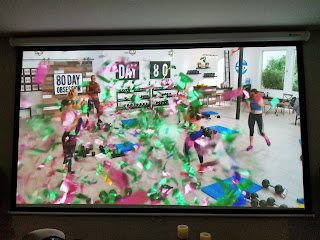 The 2018-2019 school year was MUCH better than the 2017-2018 year. They split my classroom so I only teach 3rd-5th. All of the students I have now, I've had for at least 2 years before! The 1st day of school was the smoothest I have ever had and so far this year, I am excited to go teach everyday!
I am also team leader for the entire Special Education department for the 2nd year. We have a total of 18 staff members on our team, the largest in our school. This year I am also participating in the mentor program for a new teacher. :) 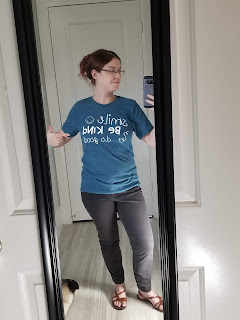 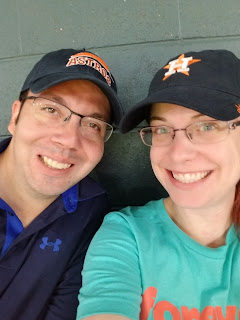 November: We had an episode of Joey's AFib occur again in November (last time was several years ago). He was hospitalized over-night and it was scary for a good while. Thankfully, medication helped and is available now in case it happens again. God took care of us through that!
I was diagnosed with an auto-immune disorder, Sjogren's. I might make a separate post on that later.

2018 was a year of growth. My goals were to build and strengthen. I believe that was accomplished! 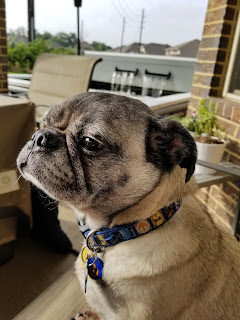 We are both excited to see what 2019 has in store for us! Here's to the adventure of a new year! 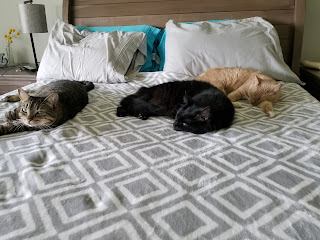