So this past week was Spring Break for me. It was much needed! Thankfully this week has left me recuperated and mentally ready for more teaching.

My fun week off started last Saturday. I met up with one of my best friends, Evelyn. We went to college together and we are both teachers.

We met up Saturday and headed to an event my town was having at the fair grounds. It's the first time they have ever had the event. It was called JUNK Hippy! I saw a flyer for it on Facebook and messaged Evelyn about it. We love to go thrifting/junking/(cheap) antiquing. So this was perfect!

We headed to the fair grounds and went in. The first booth we stopped at, we both spent money! The booth was full of vintage goodies at a really good price.

It was SO much fun! We both wished the event would happen more often, but then decided we'd be poor if it did!

Afterwards we went to Chili's for some food and talk time. Girl time. It was really nice! :)
My only regret is we didn't take a picture together!

Here is what I came home with: 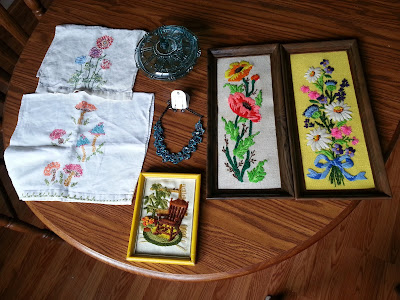 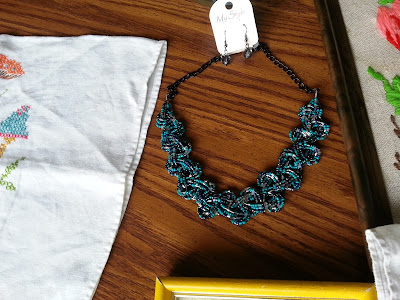 This picture doesn't do it justice!
- Beaded necklace and earrings $9 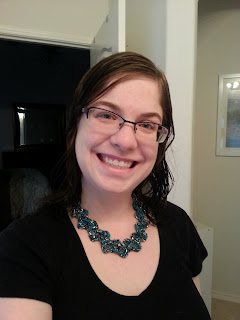 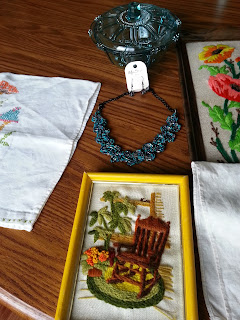 - Yellow framed rocking chair $2
I added it to my trio of small frames in the hallway.
It's the perfect punch of color! 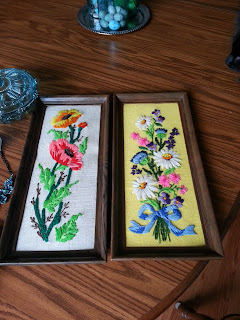 I was just going to get the one on the left, but thankfully Evelyn convinced me to get the yellow one too!
This pair is going to go in the formal dining room :)
- $2 each 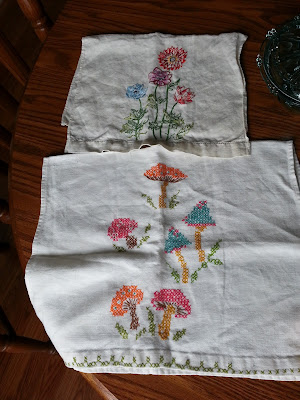 These are beautifully, embroidered linens
-$1 each 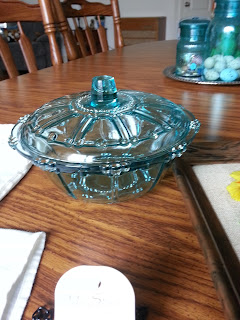 - Blue candy dish- $9
I couldn't make up my mind on the candy dish, even though I'd been looking for one for a while.
Before I could decide, Evelyn grabbed it and was walking to the cashier.
She got it for me!
I am so thankful she did!
It is so beautiful and I would have regretted not getting it. 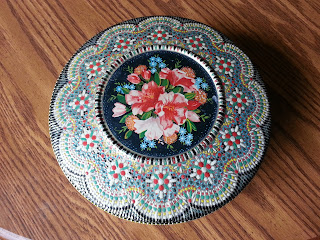 Evelyn found this ornate tin, which had some damage.
At a later booth she found one just like it, with no damage.
She didn't want both, so I offered to buy the damaged one from her.
She just gave it to me instead :)

That was just Saturday!

The rest of the week I pretty much stayed home. Did much needed laundry (almost have an empty hamper...first time in a long time). I forgot how much clothes I do have!

Went around Tuesday and got things to make cupcakes. New pan from Marshall's, icing spatula and cupcake liners from Michael's. I really like their liners! $1.99 for 75!

I graded papers and added them into the gradebook since report cards are going out this coming Friday. I did all the comments on the report cards (2 straight hours) so I didn't have to worry about it later.

Yesterday Joey took the day off! Oh it was SO nice to have him home! We had a lazy morning. Then we made these!! 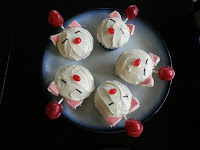 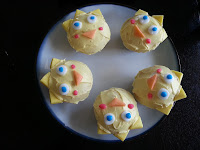 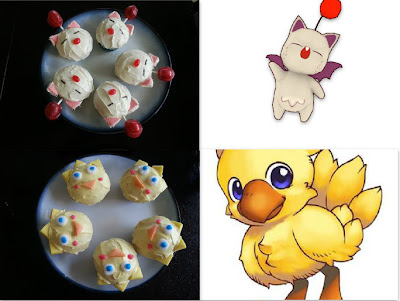 Joey did the batter and filled the liners. We tried the trick with putting the batter in a ziplock baggie and cutting a corner. Makes it much easier to pour!

(We saw how to make these on Nerdy Nummies !)

I made the yellow frosting (vanilla buttercream) and decorated them!

I am so happy with how they turned out! :)

It was a fun, relaxing week. Now onto the weekend!