So Joey and I took 3 of our youth and Rachel(Joey's sister) to see Skillet. It has been a few weeks, but I am still in that "Oh my gosh, that concert was SO awesome!" set of mind! :D

The concert included The Letter Black, Decyfer Down, Hawk Nelson, and Skillet! KSBJ put on this concert. This was the best concert I have ever been to! (Even though I have been to a Third Day concert and enjoyed it, this one was more rockin' lol)

We arrived just a lil too late for The Letter Black (but here is one of their music videos). They didn't play very long I heard. I wish I would have seen them, but it's ok :) They are kinda like Flyleaf. The lead singer is female and she has tattoo sleeves. I think that's cool, but that's just me!

Decyfer Down was the first band we saw. They were pretty good. They are pretty hard-core scream type. A Christian scream-o band! Christian music has come such a long way! Now there are many different styles, instead of all Michael W. Smith type stuff. (He's not a bad man, he just doesn't have the type of music I like!)

Next was Hawk Nelson. They were the odd ball. I loved seeing them though since I knew almost all the songs they played. They are kinda like Relient K. I'm sure most people that came to just see Decyfer Down and Skillet were really hating it. They probably took a bathroom break. There were some people rocking out though, and I was one of them! :D

Then last of all was SKILLET!! We went to see them. They were AMAZING!! One of the songs I love, "Comatose", they played!! The beginning of "Comatose" starts out with a violin and a cello. I really like it when rock bands use violins! (Red is another band that uses violins and piano in their songs.) I think it sounds very unique and awesome.

Needless to say, Rachel was looking at me as if I had two heads when Skillet was playing because I was having a BLAST and rocking out! :) Skillet has some awesome stage effects! It's not in place of their music, as if their music is crappy, no it adds to it! A lot of it was just for the "WOAH!" effect! :) They had fire, fireworks, and cool platforms that moved up and down (later in their songs, that's were the violist and cellist was).


The 3 youth that we took had a great time! And I am ready to go back to a Skillet concert. I don't even care if they play the exact same set and say the exact same things! It was that good!

Alright picture time! I took a lot of video, so if you are a friend of mine on Facebook, you can see my videos. I'll try to upload them on here :) 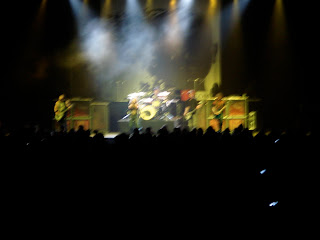 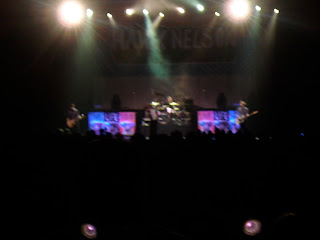 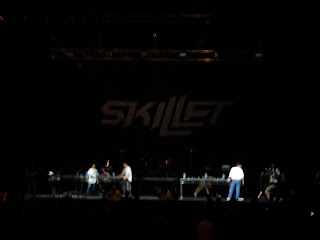 When they revealed this banner, everyone started cheering!! 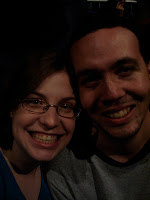 Us waiting for Skillet! 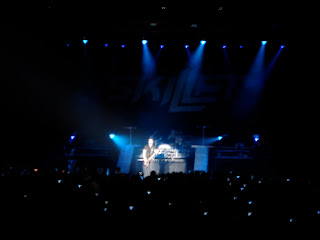 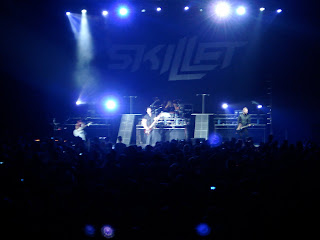 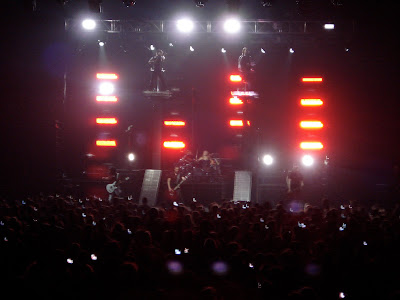 
Sorry about the blurriness and shakiness in advance. My camera was on overload with the lights and movement. And apparently I had can't hold a camera steady.


This is how Skillet opened!

"Whispers In the Dark"
See the fire! :D We could feel it from where we were! And the mother duck side of me was worried about the two guitarists that were right next to it!

Off of Skillet's new album/CD "Hero"
- The female singing in this song is also the drummer. She played the drums and sung. Plus she is younger than me! I think that is super cool!

"Comatose"
This is the beginning of the song. I got to record most of it :) You can hear me in the background, I was very excited that they played this song!

Alright, now that I figured out how to upload videos on here, I'm going to go back and add videos to my older posts. So if you are interested they are there :)