Hi Everyone! :)
Today was a very fun day! It didn’t start out too well for me though.
We woke up this morning at 6am, it was still dark outside :/ I finally got up and got around, we went and ate at the buffet for breakfast. We then boarded a boat to take us from our ship to land…they don’t have a dock large enough for the ship. So the combination of the smaller boat rocking and breakfast was not that great. It wasn’t until our 2nd stop that I felt ok.
We got on land, they took our picture, like normal, and we waited to leave. In the Grand Cayman they drive on the opposite side than the US; a common trend in the Caribbean islands :)
--Hell--
We went and saw Hell. Yes there is a town in Grand Cayman named Hell. We stopped and were able to buy post cards/souvenirs if we wanted. There was also a post office right next to the shop, so we could have sent postcards. The tour lady said we could get a postcard saying “Wish you were here” and send it to your mother-in-law. lol I was not feeling really well so this stop was really crappy for me!
--Shop--
Next stop we stopped at another souvenir shop that had samples of rum and Tortuga rum cake. We bought some things there and it was back on the bus for us :)
--Turtle Farm!--
Next stop was the Turtle Farm!! I LOVED this stop!! By this time I was feeling back to normal, and I was so happy since I was really looking forward to this stop! It was so awesome! The first thing we saw there was a big pool where the mature turtles were kept to breed. The turtles were HUGE!! I would guess at least 2-3ft in diameter! I have never seen them so big! It was funny bc every once and a while you would see a head pop up out of the water lol
The next tank/holding thing were the younger turtles :) They weren’t babies but not breeding yet. It was so neat, the lady showed us how to get one out and hold it and how to put the turtles back in! She got one out and I got to hold her! I have a picture of me and the turtle! We took the picture, and then she let me know when she wanted back in by “flying” or flapping her arms. She flapped them so hard that I had red marks from her arms hitting me! lol She was pretty heavy. Then after that, we went and saw the tanks were they keep the turtles separated by sexes, before they go into the breeding tank. Then the tour lady showed us the sea turtle that is endangered! I loved this tour! It was so neat to see and hold the turtles!! :D
--Stingray City--
After that was the stingrays! We took a trip on a locals boat out to the place, which took a while bc his boat didn’t go that fast, or he didn’t want to go that fast. Once we got there we got in the water, which was pretty cool!! We got in and one of the guys held a stingray and told us about it. The guy let some people “kiss” the stingray or have the stingray flap around on your back for pictures, but we didn’t want to kiss it lol
I tried to learn how to snorkel (the men on the ship had some for our group to use). I wasn’t very good at it! lol Joey had to help me not dive under too deep. The water was only up to about the deepest under my arms, shallowest about my waist…but I still had problems! :)
We saw some stingrays swim by and we got some underwater pictures! I had a lil problem w/ the goggles and such since I wore my glasses today, so it was either don’t really see or get water in the goggles! hehe I did almost bust my lip though! I dove down fast and the camera I was holding banged into my lip, since the camera itself floats. That was not a good feeling! lol
It was really neat to see the stingrays! I didn’t get to touch them, but that’s ok :) That was the last stop on our excursion and after that we just went to the ship. We were all icky from the salt water and starving, so that was ok!
I took a few hour nap after we went to get some lunch. Tonight was formal night. We got dressed up and went to dinner. It was yummy :) I had really yummy cream of broccoli and cheese soup.Joey started feeling bad, so we left and got desert to go. He is now feeling better though so everything’s ok :) And that was pretty much our day! lol
I really enjoyed Grand Cayman more than Jamaica! Tomorrow we are in Cozumel! YAY! We are just planning on getting off the boat and just chilling’, instead of planning an excursion.  I’m looking forward to it :)
Picture Time!
We don’t have any pics from the stingrays yet, since it was on a different camera!
View from the Ship 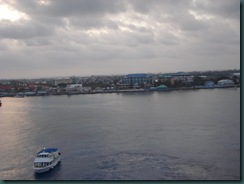 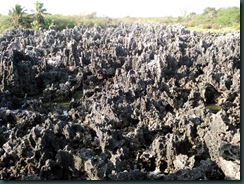 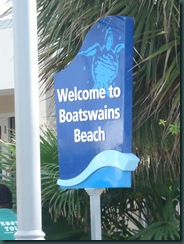 Big turtles in the breeding tank! 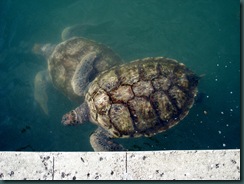 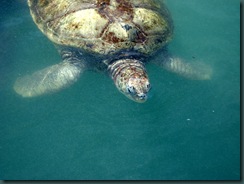 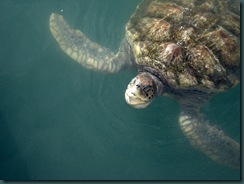 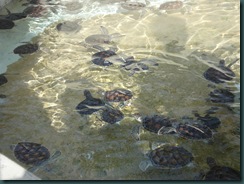 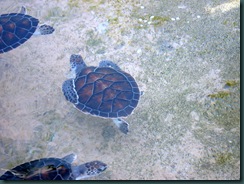 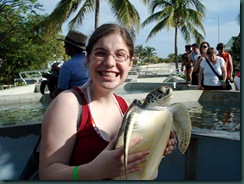 Not yet ready to be in the breeding tank. 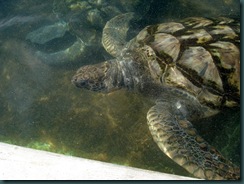 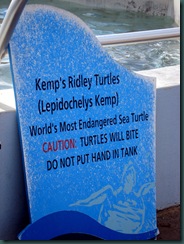 The shell on this one is so beautiful! This is a Kemp Ridley turtle! 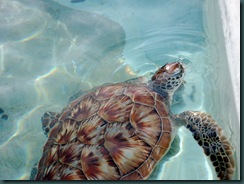 I’ll try to get some stingray pictures on here soon! That’s all for now!
Have a great day! :)
P.S. This is us on the ship after the stingray adventure 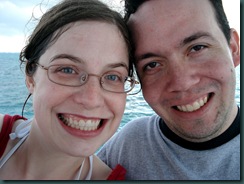 I feel like I'm on the cruise with y'all. This is so cool- I took wedding pictures to Walgreens and they turned out perfect. I miss you guys and can't wait to see you- PS I hope I don't receive a postcard from Hell (LOL) Looks like y'all are having an awsome time- SYL--Mom (or Mary)