Why hello there! How has everyone been? Me, good just relaxing listening to the TV and watching the lightning outside. The kitties are sleeping.....

Just kidding, I will not make you wait any longer about telling you about Vegas! :D

Vegas was awesome! Tiring, but awesome.


Wednesday night we arrived at Las Vegas at 11 (1am Tx time). We left Houston at 7pm, went to Dallas, waited for about an hour and then boarded for Las Vegas. We got off the plane and went to our hotel. Since we did not eat any dinner yet, we were starving. So we found a little cafe in the Encore. We bought 2 bottled waters, Cheese Danish, Cinnamon roll, and a banana. You know how much that stuff cost us?! $20. Yep...$20!! The banana was.....$2.00!!! Oh my gosh! I could have bought a whole bunch of bananas for that! But we were so hungry that it was the best banana I have ever eaten! lol

Here was our hotel: 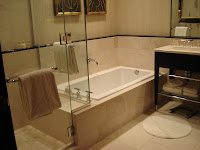 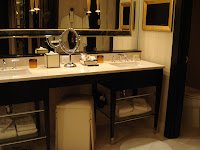 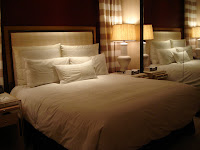 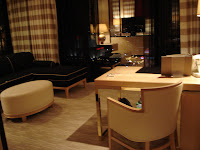 The view outside our hotel from the 50th floor: 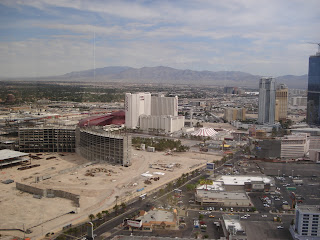 How high we were: Thursday :
We walked from our hotel (Encore) all the way down to the City Center! That is at least a mile, then we went through all of the Caesar's Palace shops and such. The funny thing about that mall is that when you get to the end....there is no exit!! You have to turn around and walk all the way back to where you came in! So we walked much more than a mile. I took a ton of pictures as we walked. 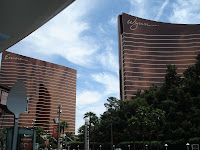 Our hotel was the Encore- on the left. 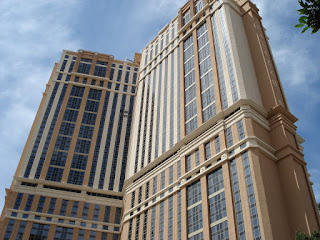 The Palazzo- It was featured on Build it Bigger on the Science channel :) 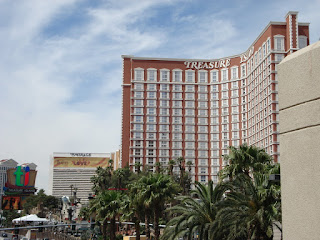 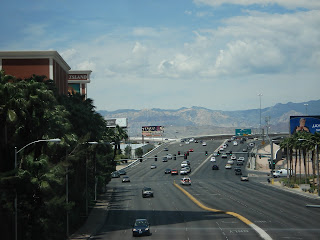 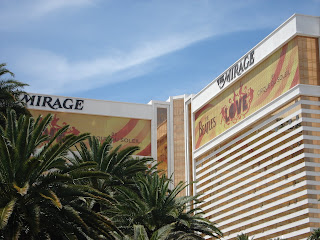 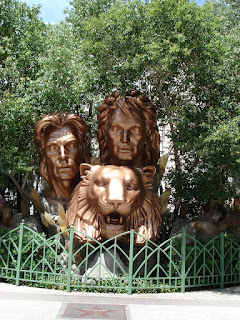 The creepy Siegfried and Roy statue outside the Mirage 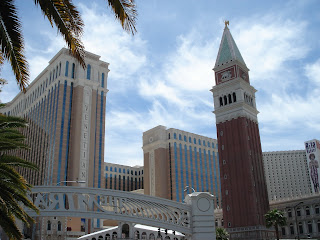 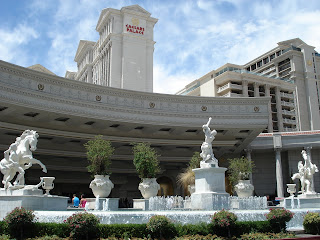 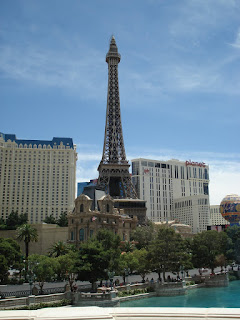 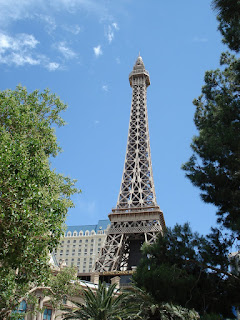 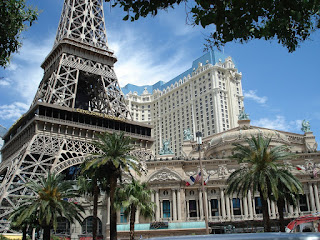 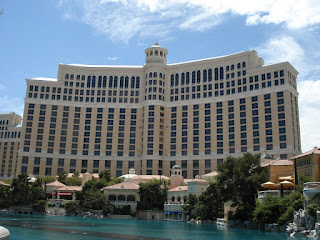 Bellagio
We got to see the fountains :) It was really pretty, even though it was during the day.

Here's the detail that was in the shops at Caesar's. It was so pretty! 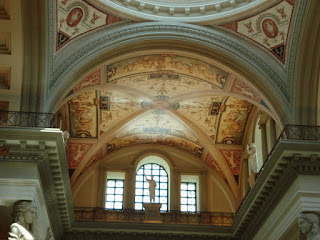 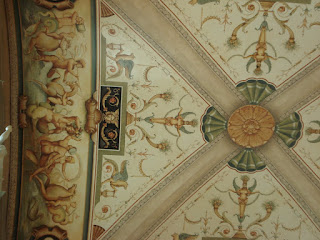 Then for lunch, we ate Bellagio's buffet! It was SO yummy!! I had at some sword fish!! Joey had some really good Prime rib. It was great!

After all the walking we did, we decided to go back to the hotel. We were tired!

Then that night we went to a show at the MGM. 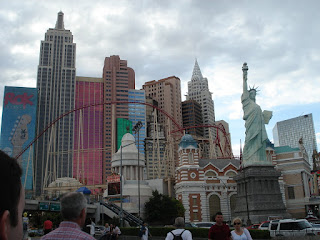 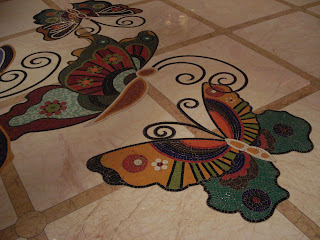 Beautiful tile work in our hotel. I loved these butterflies, I thought they were so pretty!


It was a good day, full of walking, but I enjoyed seeing all the different hotels!